TORONTO, December 13, 2022 – Bunker Hill Mining Corp. (the “Company”) (CSE: BNKR, OTCQB: BHLL) is pleased to report that it has completed the underground development ‘breakthrough’ to the 6 Level of the mine, the demolition of the old maintenance shop in preparation for mill construction, and remains on track and on budget for a restart of the mine in the fourth quarter of 2023.

Sam Ash, CEO stated: “The efficient execution of this critical underground development milestone paves the way for the start of low-cost mechanized mining on the first 2 million tons of mineralized material in the upper part of the mine. Its achievement is not only a testament to the skill of our Silver Valley team and superb mining contractor - CMC - but also to the project management team’s ability to keep the restart project on track in the face of inflationary headwinds. This, together with the successful advancement of above-ground activities, bodes well for the restart of the Bunker Hill Mine in Q4 2023.” 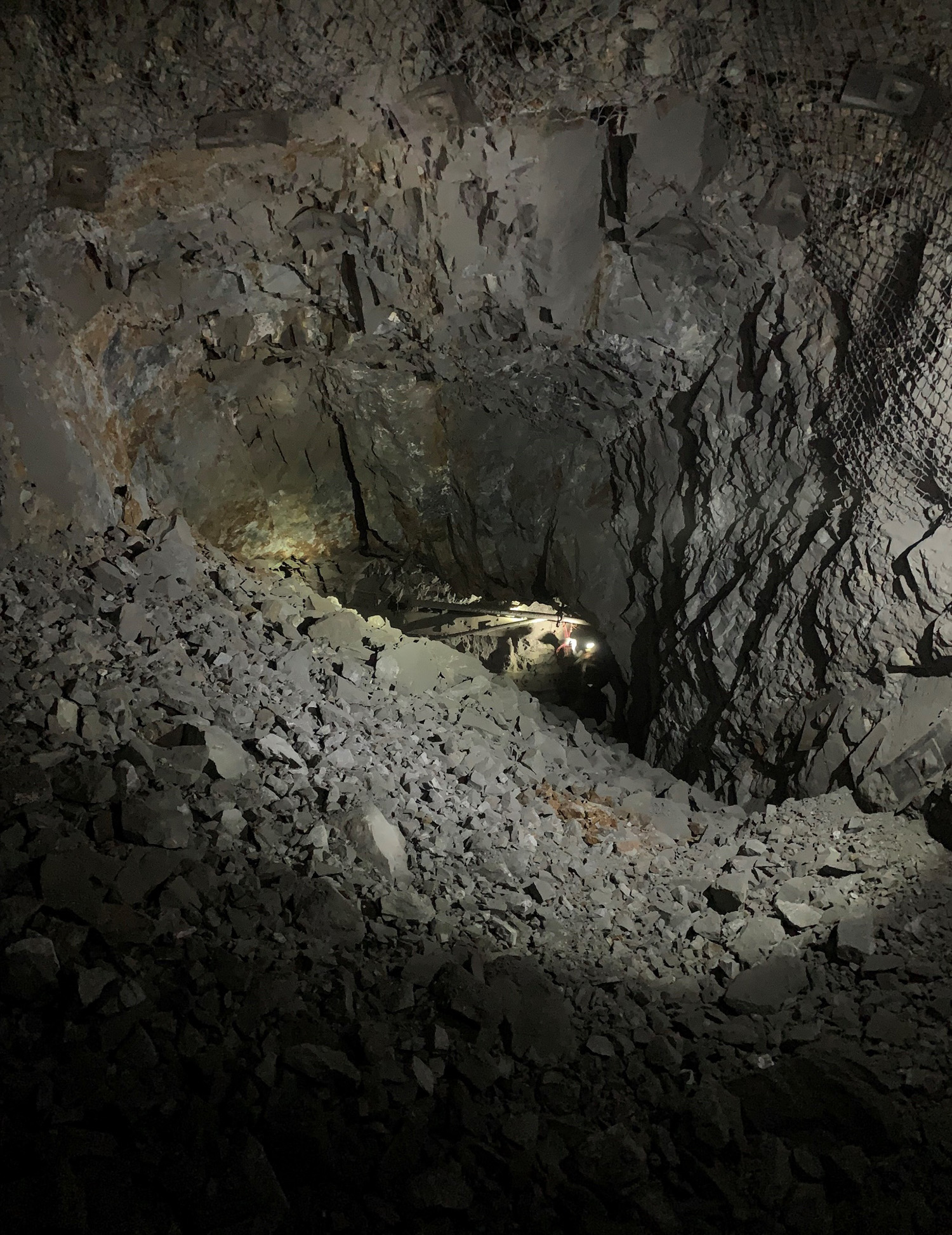 UNDERGROUND RAMP BREAKS THROUGH TO 6 LEVEL

At approximately 1:00am PT on December 13, 2022, CMC safely completed the primary portion of the 1,800-foot underground decline from the 5 Level to the 6 Level. This allows rubber-tired access from the Russell Portal to the start of the pre-existing Newgard Ramp that allows such access between Levels 6-8 of the mine. Once mining starts, this ramp will be the primary access and egress route to and from the ore body for 20-ton haul trucks. This achievement represents the majority of pre-restart underground development requirements, ensures that underground development remains on schedule and on budget for the planned restart in Q4 2023, and secures access for mechanized mining equipment to ore for the first years of the mine plan.

The focus of underground development will now switch to the rehabilitation of the Newgard ramp down to the 8 Level, and the rehabilitation of the existing underground infrastructure on the 6 Level, including the underground maintenance shop, storage areas and logistic depots plus the establishment of ventilation drifts and air walls. It will be followed by the Wardner power upgrade in Q1 2023, planned and designed in conjunction with Avista Utilities, which will supply 1.85MVA of power to the Russell Portal, in turn providing underground operations with a significant step-up in electrical power and reducing overall operating costs by means of lessening the reliance on diesel generators.

This transformative development enables the start of resource conversion and expansion, pre-production drilling, and opens up the possibility of mining certain ore to be sold onto other Silver Valley-based mining companies in advance of commencing full-scale commercial production in Q4 2023.

Concurrent with the breakthrough, the Company is working to optimize its initial 18-month mine plan, targeting savings in sustaining capital requirements through a reduction in new development in favor of leveraging rehabilitation of pre-existing infrastructure.

Above ground, the safe demolition of the old maintenance shop was completed ahead of schedule and under budget. This frees up space needed for the construction of a new, modern, purpose-built mill building that will house a processing facility configured initially for 1,800 tons per day but with the capacity to increase throughput to 2,100 tons per day, pending further studies and optimization work.

Additional elements of surface demolition, including the removal of a retaining wall, underground piping and obsolete utilities will be conducted over the next few weeks before transitioning to mill construction in 2023, starting with the laying of its foundations from January. The phased progress of the demolition of the old maintenance shop can be seen in a short timelapse video recently uploaded onto the Company’s website.

Subsequent to the issue of the finalized flow sheet, the detailed engineering and planning for the surface footprint at Bunker Hill – the Site General Arrangement – has also now been completed, allowing the team to issue the final design of the layout of the facility within and outside the mill building including the layout of the crushing circuit, concentrate storage, and fine ore storage capacity. 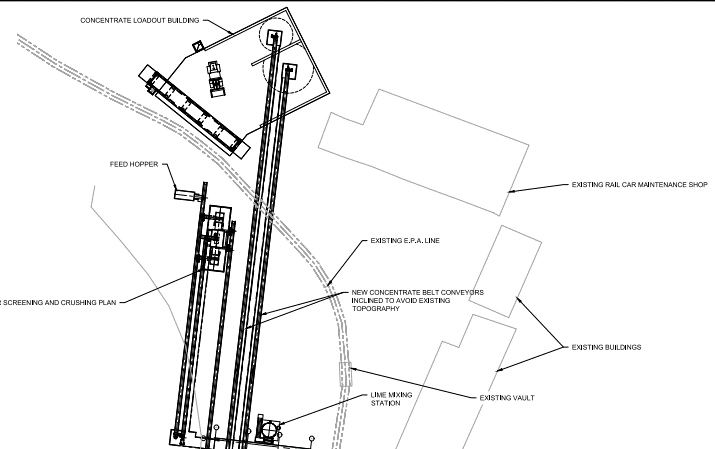 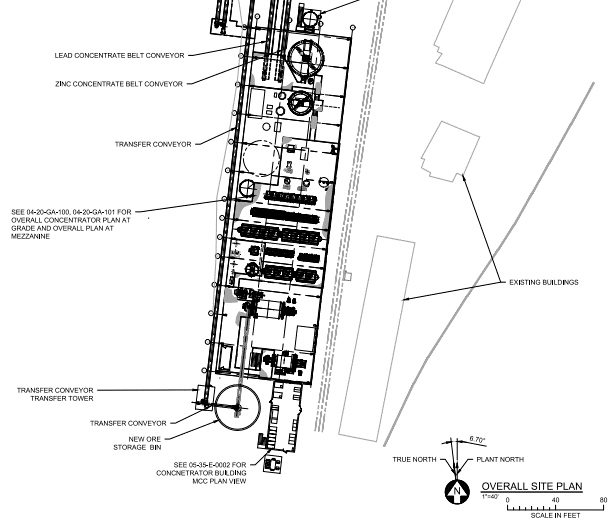 The selection of a Pre-Engineered Metal Building (the “PEMB”) supplier has taken place, to be followed by the selection of the contractor responsible for the focused refurbishment of critical equipment for the process plant..

Concurrent with the PEMB, the project team has also significantly advanced engineering on a concentrate load-out building, has selected a vendor for the ore silo structure as well as finalizing conveyor and crusher designs. 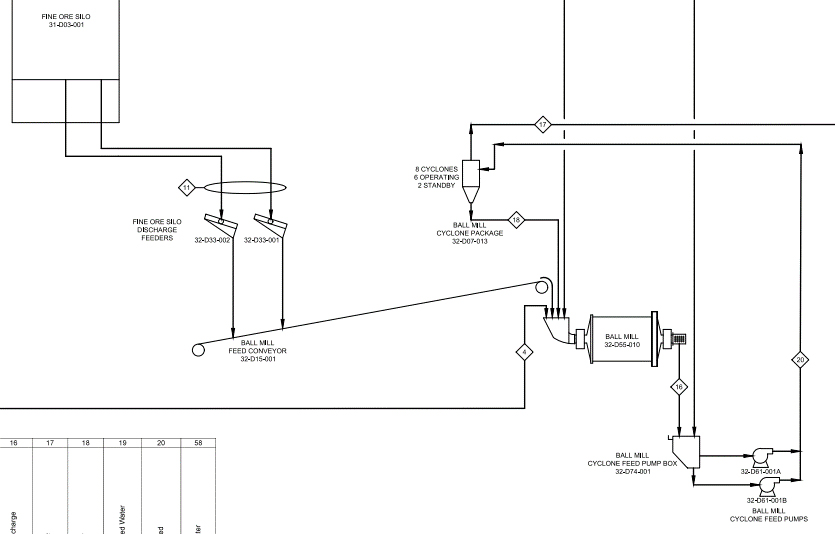 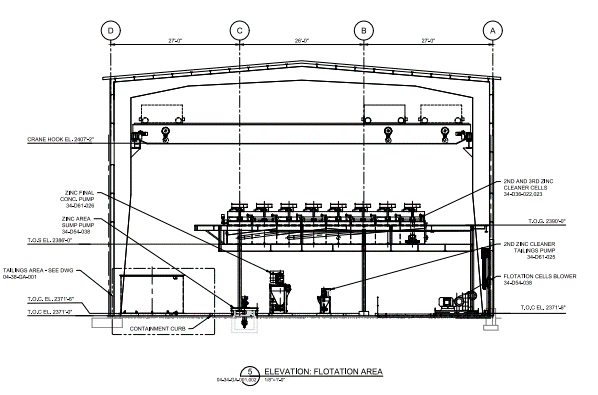 Side view of the flotation layout within the Mill PEMB structure 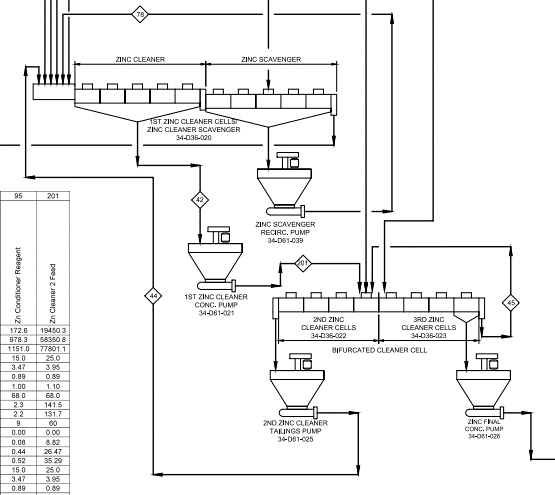 Mr. Scott E. Wilson, CPG, President of RDA and a consultant to the Company, is an independent “qualified person” as defined by Canadian National Instrument 43-101 Standards of Disclosure for Mineral Projects and is acting as the qualified person for the Company. He has reviewed and approved the technical information summarized in this news release.

Forward looking information in this news release includes, but is not limited to, the Company’s intentions regarding its objectives, goals or future plans and statements, estimations of potential mineralized materials, revenue potential opportunities from mining and the sale of ore, increases in cash flow, costs associated with mining, estimations of the supply of power to the Russell Portal, the Company’s ability to start pre-production drilling in advance of full-scale commercial production, the processing capabilities of the new mill building, the expected budget and estimated completion time for the Underground Development, estimated completion time for the construction and development of the Pend Oreille site, the timing of the planned restart of the Bunker Hill Mine, the decline of the ramp at the Bunker Hill Mine’s facilitation of access to existing internal ramp systems, and the accretive opportunities identified in the Company’s pre-feasibility study, as amended and restated November 21, 2022 (the “PFS”), including the envisaged outcomes of the PFS. Factors that could cause actual results to differ materially from such forward-looking information include, but are not limited to: the Company’s inability to raise capital, including completion of the proposed public offering as publicly disclosed on November 22, 2022; the ability to predict and counteract the effects of COVID-19 on the business of the Company, including but not limited to the effects of COVID-19 on the price of commodities, capital market conditions, restriction on labor and international travel and supply chains; failure to identify mineral resources; failure to convert estimated mineral resources to reserves; the preliminary nature of metallurgical test results; the Company’s ability to restart and develop the Bunker Hill Mine and the risks of not basing a production decision on a feasibility study of mineral reserves demonstrating economic and technical viability, resulting in increased uncertainty due to multiple technical and economic risks of failure which are associated with this production decision including, among others, areas that are analyzed in more detail in a feasibility study, such as applying economic analysis to resources and reserves, more detailed metallurgy and a number of specialized studies in areas such as mining and recovery methods, market analysis, and environmental and community impacts and, as a result, there may be an increased uncertainty of achieving any particular level of recovery of minerals or the cost of such recovery, including increased risks associated with developing a commercially mineable deposit with no guarantee that production will begin as anticipated or at all or that anticipated production costs will be achieved; failure to commence production would have a material adverse impact on the Company's ability to generate revenue and cash flow to fund operations; failure to achieve the anticipated production costs would have a material adverse impact on the Company's cash flow and future profitability; delays in obtaining or failures to obtain required governmental, environmental or other project approvals; political risks; changes in equity markets; uncertainties relating to the availability and costs of financing needed in the future; the inability of the Company to budget and manage its liquidity in light of the failure to obtain additional financing, including the ability of the Company to complete the payments pursuant to the terms of the agreement to acquire the Bunker Hill Mine complex; inflation; changes in exchange rates; fluctuations in commodity prices; delays in the development of projects; capital, operating and reclamation costs varying significantly from estimates and the other risks involved in the mineral exploration and development industry; and those risks set out in the Company’s public documents filed on SEDAR, including the Company’s preliminary prospectus dated November 21, 2022, and in the Company’s filings with the Securities and Exchange Commission. Although the Company believes that the assumptions and factors used in preparing the forward-looking information in this news release are reasonable, undue reliance should not be placed on such information, which only applies as of the date of this news release, and no assurance can be given that such events will occur in the disclosed time frames or at all. The Company disclaims any intention or obligation to update or revise any forward-looking information, whether as a result of new information, future events or otherwise, other than as required by law. No stock exchange, securities commission or other regulatory authority has approved or disapproved the information contained herein.